Florida law allows for some individuals to seal and or expunge their criminal records. Doing so can prevent future employers, landlords’ banks, credit card companies, and even universities from discovering a past run-in with the law or mistake that could be a black mark on your record.

We here at TJ’s Legal Document Services, is here to assist you with the entire process. Please Keep in mind, that we are not Attorneys and will not offer any legal advice. If you prefer to seek counsel, please see our resource page.

What is the difference between Seal and expunge?

The key difference between expunge and seal stems from the access to the records: When a record is expunged, it cannot be accessed even by a court order whereas a sealed record can be unsealed by a court order.

Why should I expunge or seal my record?

Many states allow you to expunge, seal or otherwise "hide" or "destroy" your criminal record. Generally, if a criminal record is expunged or sealed, it's as though the crime never occurred and you can legally say (to a potential employer, for example) that you were never charged or convicted of a crime.

Generally, expunged records do not appear on employer background checks. An expungement effectively removes a criminal arrest, charge, and/or conviction record and seals or destroys the public record. Essentially, an expunged record technically no longer exists.

How long after you get a misdemeanor can you get it expunged?

Little wonder why Florida is considered top among states with the most stringent rules for record expungement and sealing. In Florida, expungement is granted only to those who were arrested but not convicted or for criminal cases sealed for at least ten years. In Florida, typically, expungement takes up to 7-8 months.

The submission of an application for a Certificate of Eligibility is the first step in sealing or expunging a criminal history record.  A record does not receive relief until a certified court order has been received by FDLE from the court of proper jurisdiction.

Several types of relief to seal or expunge criminal history records are available. The types of sealing or expungement processes authorized by statute are listed below:

Pursuant to Sections 943.0585 and 943.059, Florida Statutes (F.S.), an application for a Certificate of Eligibility to seal or expunge a criminal history record will be denied under any of the following circumstances:

The criminal history record reflects you have been adjudicated guilty of or adjudicated delinquent for committing one or more of the acts stemming from the arrest or alleged criminal activity to which the application pertains.

(b) Illegal use of explosives, as defined in chapter 552;

(o) Lewd or lascivious offenses committed upon or in the presence of persons less than 16 years of age, as defined in s. 800.04;

(x) Lewd or lascivious offenses committed upon or in the presence of an elderly person or disabled person, as defined in s. 825.1025;

(aa) Any offense defined in chapter 839;

(ff) Manufacturing a controlled substance in violation of chapter 893; 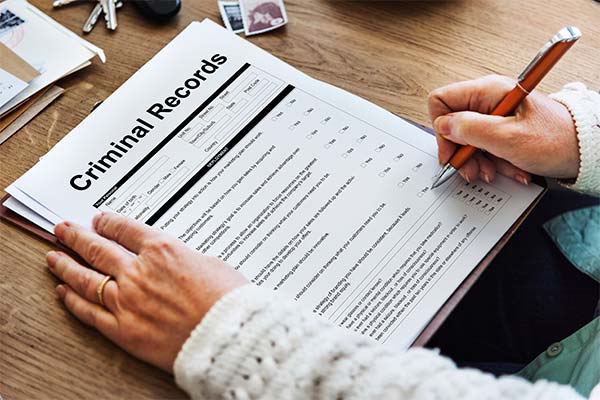 "We are a non-attorney petition preparer. A non-attorney Petition Preparers is a person who is not an attorney or an employee of an attorneys who prepares a document for filing in the United States Bankruptcy Court for another person."